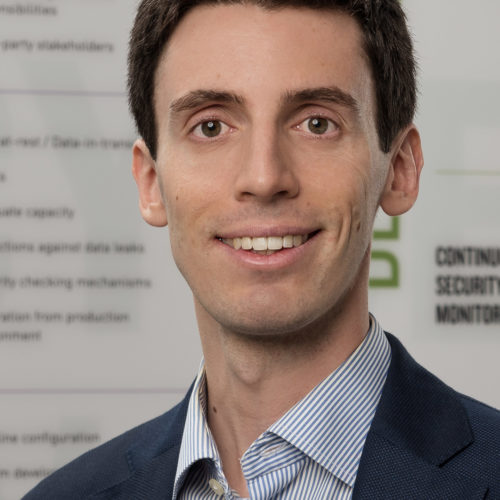 Michel is a Security Analyst in the Data Analytics department at RadarServices in Vienna. Since he joined the company in 2017, he works on improving the data log collection from Microsoft environments in fields like “Operational Technology” (OT), “Information Technology” (IT) and “Public clouds”. Furthermore, he works on the detection of valuable IOCs to provide advanced use cases for threat detection. During his professional career, he handled several positions as a system and network administrator as well as a security architect in France, Spain and Austria.

In addition to his practice, Michel regularly participates as a speaker on security and data protection conferences at the French embassy in Vienna and other business events organized by the French-Austrian chamber of commerce (source).
Michel graduated with an MSc in computer sciences. During his studies, he was named by Microsoft as a “Student Partner” (MSP) and was in charge of organizing different talks and conferences in order to present the Microsoft ecosystem and its related services or products. At that time, he published several articles on his blog regarding security hardening and well-known threats like Mimikatz.

All Sessions by Michel de Crevoisier